Keeping Up with the Kardashians: 12x10

Kim has plans to travel to Iceland with Kanye for his “Highlights” video shoot. Kourtney tags along and makes a birthday trip out of it. Scott feels left out because he isn’t celebrating Kourtney’s birthday with her for the first time in 10 years. He wants to surprise her in Iceland, but Kris and Khloé convince him it’s better to respect her space and focus on being a responsible dad. Meanwhile, Lamar attempts to mediate a conversation between Khloé and Rob, but they still have a way to go to improve their communication. Even though Kim initially went to Iceland for Kanye’s music video shoot, she missed the shoot because she was busy celebrating Kourtney’s birthday. 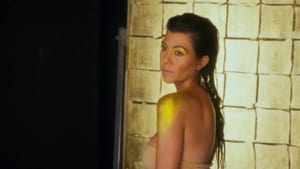